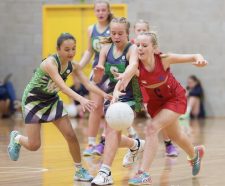 Netball ACT is thrilled to confirm the dates and format of the 2020 Capital Chemist Junior Championships.

As the premier junior netball competition in the ACT, with 750 athletes aged between 11-17 years contesting for Championship titles across two and three divisions. The competition is a key event on the Netball ACT calendar.

Traditionally held across two weekends in June and July the competition will take on a new format in 2020 to ensure a COVID Safe environment for all the netball community. A round of games will be hosted at each District Association across five weeks before moving into Semi-Finals and Grand Finals to be held at the home of netball the SolarHub ACT Netball Centre.

Netball ACT General Manager – Operations and Sport, Nicole Bowles is excited to bring the Capital Chemist Junior Championships out to the District Associations:

“In the 44-year history of the Junior Championship competition, 2020 will be the first year we have hosted the event across multiple locations. We are looking forward to hosting this event at six netball hubs across the ACT.”

Bowles went on to say “Whilst the competition will not have the same carnival atmosphere as previous years. We know the depth of talented netballers across the ACT will be just as competitive and eager to showcase their netball in 2020”

The Capital Chemist Junior Championship date and venue locations are:

The competition fixture will be released on the 31 July 2020.